Vigneux de Bretagne is best known (at the moment) since it is one of the 4 communes concerned by the future international airport of Nantes-Atlantique whose opening was planned for 2017.

The market of Vigneux de Bretagne where you can find many regional products takes place on Saturday morning.

Finally, Vigneux de Bretagne also houses the Golf of Nantes, composed of 18 holes with a PAR 72 ! The golf course is located in the middle of a wooded garden of 56 hectares, hilly and composed of multiple centenary trees.

The city of Orvault is a suburban commune neighbouring the city of Nantes. The Nantais tramway even parks there. In 2010, there were more than 25 000 Orvaltais.

The richness of Orvault can be admired from the fifty kilometres of hiking. The religious heritage is important with in particular the chapel Notre Dame des Anges and the calvary of the village. The fauna and flora are also at the rendezvous since many paths take the banks of the river "le Cens", which crosses Orvault before flowing into the Erdre in Nantes.

Thanks to the N165, Saint-Herblain is very close to the Brit Hotel Atlantel, since the city is only about fifteen minutes away.

Saint-Herblain is the second largest city in the Nantes area with more than 40,000 inhabitants.

It is a very active city thanks in particular to the famous commercial zone Atlantis and the Zenith of Nantes which welcomes the greatest artists of today.

The town with its square bell tower church has a population of nearly 7,000 and is known as... the people of Saint-Etienne.

Saint Etienne de Montluc is famous locally for the traditional daffodil festival which takes place every year, when spring arrives. This carnival festival gives pride of place to the famous yellow flower where daffodil-clad floats have been wandering the streets of the city centre for nearly 50 years, accompanied by numerous troops and bands.

Since 1970, Cordemais has hosted an EDF power station where the "Château de Fer" dominates the heights of the city.

Finally, Cordemais is recognized thanks to its racecourse where 8 meetings take place per year including 2 national meetings. The world of the horse has an important place in the heart of Cordemaisians since a National Stud welcomes more than 200 mares each year. 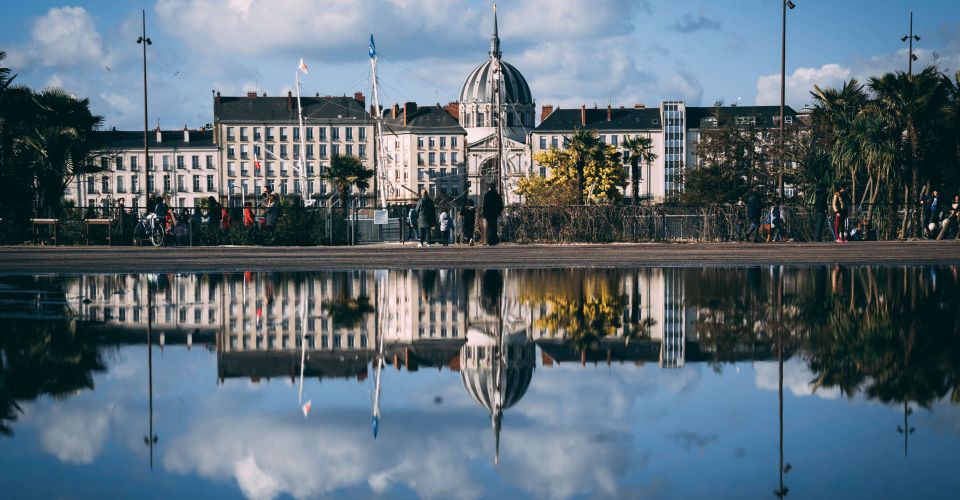 Looking for inspiration for your next trip to Nantes?

Discover the activities we have selected for your visit to our region!

Whether you're with friends or family, there's sure to be one that suits you.

Discover the activities in Nantes and its region